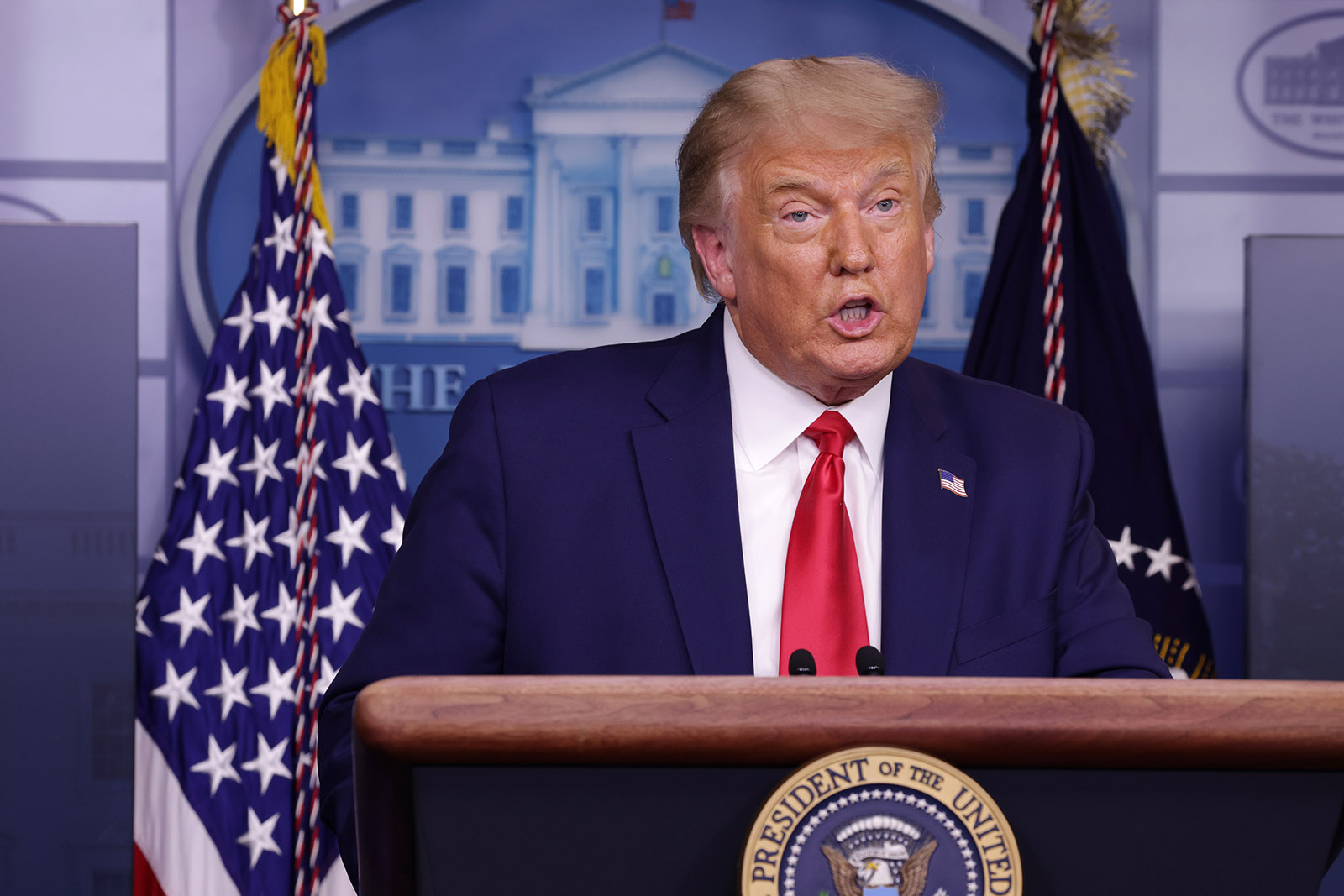 President Donald Trump speaks to the press during a news conference in the White House on Wednesday in Washington. Alex Wong/Getty Images

President Trump told reporters that he believes Dr, Robert Redfield, director of the US Centers for Disease Control and Prevention, was “confused” when he said a Covid-19 vaccine wouldn’t be widely available in the US until the third quarter or second quarter of 2021.

“I think he made a mistake when he said that. It’s just incorrect information,” Trump said when asked about Redfield’s comments to the Senate earlier today.

Redfield told Congress earlier Wednesday on a vaccine: “If you’re asking me when is it going to be generally available to the American public so we can begin to take advantage of vaccine to get back to our regular life, I think we’re probably looking at late 2nd quarter/3rd quarter 2021.”

Trump added on Redfield: “I believe he was confused” and continued to claim that a vaccine will be distributed “very soon” despite his public health officials testimony.

Trump also said the release of a coronavirus vaccine could happen by mid-October which is quicker than the vaccine distribution materials released today by the CDC outlined.

Trump said distribution of a vaccine will begin as soon as a vaccine is approved, which he said could be “sometime in October.”

The CDC’s vaccine distribution playbook says that for planning purposes, state and local health agencies should assume “limited COVID-19 vaccine doses may be available by early November 2020” if a vaccine is authorized or licensed by the FDA, but the supply may increase substantially in 2021.

Later in his briefing, Trump said a vaccine could be announced “fairly soon, regardless this month, next month, in a level of time nobody thought was possible.”

‘‘I would still put my money on November/December,” Fauci said, during a Congressional Hispanic Caucus Institute panel on global pandemics.

On Tuesday, Trump said he thinks a vaccine could be ready in three to four weeks.

Chief of staff Mark Meadows echoed that claim on Wednesday.

“I have been on phone calls with individuals who have said that personally to me,” Meadows said in response to a question from CNN, but said he would not give specific names because “it would affect markets and I’m not going to do that.”