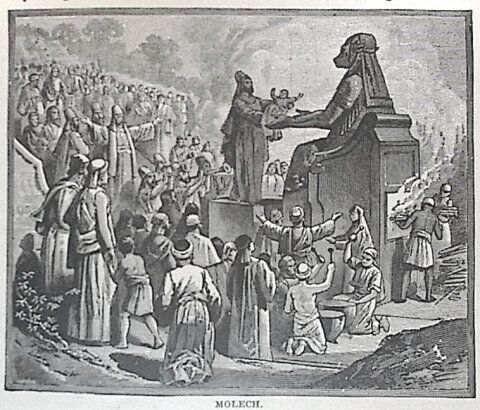 A sex ritual means any ritual that uses sexual activity for magical or mystical-spiritual purposes. The practice of sexual magic generally uses the energy arising from orgasm, or in any case the latency present in the state of sexual excitement, to achieve the desired magical result.

The premise of any kind of sexual magic is the concept that the energy produced by sexuality is one of the most powerful forces possessed by human beings, and that can be exploited to obtain a condition of transcendence with respect to the normal perception of reality.

Sex magic is a very primitive and powerful way of raising energy in order to manifest your desires.

In the image above, we see a sculpture from the Temples of Khajuraho. In this wildly sexual scene called a Kama scene, one could be forgiven for believing this is just purely an orgie, but they would be wrong. Kama literally means “desire, wish, longing” and is one of the four goals of human life in Hindu traditions; it is considered an essential human pursuit in balance with the other three goals: Dharma, Artha and Moksha.

Sex magic can be a great way to manifest energy towards a goal or outcome. So you could do this even at the beginner level, but definitely during intermediate black magic. Advanced black sex magic rituals should only be done once you’re confident invoking and evoking.

A more detailed discussion on this topic is given in the course Working with Demons. Explicit rituals are also discussed and provided in the course.

Do you need another person to practice sex magic?

Sex magic can be practiced alone or with a partner. Beginners should start off doing it alone and then move toward practicing with a partner who is comfortable with such and is willing to aid you in your endeavor.

Should I keep body fluids from a sex magic ritual?

Sexual fluids gathered from a sex magic rite are extremely powerful. You can use such to dress candles, amulets or talismans, mojo bags, etc., and especially if you are doing other forms of magic to back up your sex magic.

Sex magic can be used for anything. It’s not just good for love or romance. It’s a tool or technique that can be used to achieve and manifest your desires.

Sex magic is also quite important for specific Demon offerings and rituals.

Do you need a female and a male to be successful in sex magic?

No, same-sex rituals are equally as effective. There is no judgment in the world of magic. I will add that it will also depend on the purpose of the ritual.

The Sex Ritual Ceremony in Luciferianism

Best Of The Equinox Vol 3 Sex Magick By Alester Crowley