The 22 Key Alchemy Symbols and Their Meanings 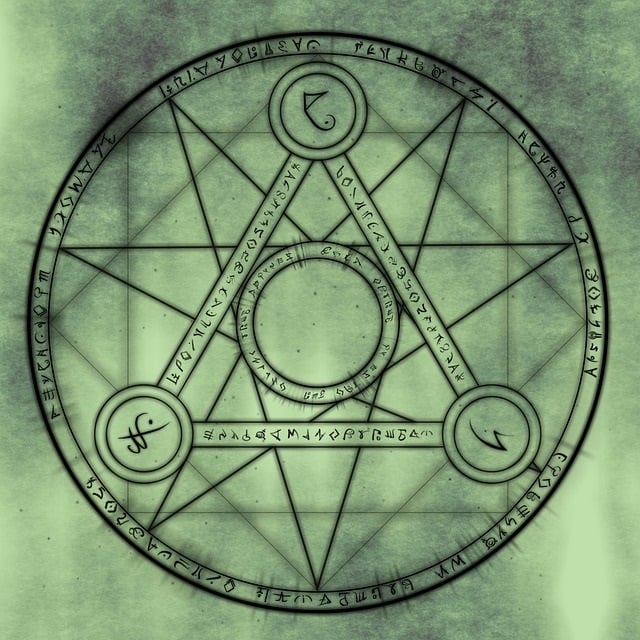 Have you seen images of alchemy symbols and want to know more about what they mean? Alchemy element symbols have been around for centuries, and people are often interested in them because they contain some of the mystique the field of alchemy does.

But what do those symbols mean? And how were the elements they represent used by alchemists? In this guide we’ll give a background on alchemy and alchemy symbols, then we’ll cover every major alchemy symbol, including what it stood for, the properties it was associated with, and any interesting facts that go along with the alchemy symbols and meanings.

Achieving any one of these goals would cause the alchemist to become incredibly rich and famous and, as a result, many would-be alchemists used trickery or outright lied about their findings, eventually tarnishing the concept of alchemy and linking it to the idea of fraud. Improved scientific knowledge, particularly in chemistry, also lead to alchemy’s decline in the 18th and 19th centuries as scientists learned many of the goals of alchemy weren’t possible.

The symbol for the philosopher’s stone

How Have Alchemy Symbols Been Used?

Since the beginning of alchemy, alchemists have used symbols to represent different elements. Alchemy symbols sometimes contain hints of the qualities the element was thought to have, as well as the history of the element. Using symbols helped alchemists keep their work, much of which was carefully guarded, secret from non-alchemists who wouldn’t recognize the symbols.

Because early alchemy also drew much of its information from astrology, many alchemy element symbols are connected to planets or other celestial bodies. Alchemy symbols continued to be used until the 18th century, becoming more standardized as time went on. Today, people enjoy alchemy symbols for their history, interesting shapes, and connection to a different way of thinking about the world.

22 Alchemy Symbols and Their Meanings

Below are the four main groups of alchemy element symbols, along with their meanings.

Mercury (which is also one of the seven planetary metals) can mean both the element and the planet. In either case, this alchemy symbol represents the mind, as well as a state that could transcend death. In ancient times, mercury was known as quicksilver, and it was believed to be able to shift between liquid and solid states. Therefore, in alchemy, mercury was believed to shift between life and death.

Mercury is often represented by a serpent/snake, and its symbol is said to resemble a cosmic womb. Mercury is also sometimes said to represent the passive female principle, as well as wetness and cold. You can see the standard “female” sign within its symbol.

Salt is now known to be a chemical compound comprised of sodium and chloride, but alchemists believed it was a single element. Salt represents the body, as well as physical matter in general, crystallization, and condensation. Salt is often impure when first collected, but through chemical processes it can be dissolved and purified, which some alchemists compared to purification processes the human body can undergo. Its symbol is a circle bisected by a horizontal line.

Sulfur, also known as brimstone, is the active male counterpart to mercury’s passive female representation. In antiquity, it was used as traditional medicine in places ranging from China to Egypt to Europe. It’s mentioned in both the Torah and the Bible, the latter of which states that Hell smells like sulfur.

Sulfur represents properties such as dryness, heat, and masculinity. In alchemy, it could also represent evaporation, expansion, and dissolution. In terms of human body, it represented the soul. In terms of the tria prima, sulfur was seen as the middling element connecting salt (high) and mercury (low).

Sulfur’s symbol is typically a triangle atop a Greek cross (seen above), but it can also be represented by a Cross of Loraine atop an ouroboros/infinity symbol. This symbol has come to be known as Satan’s Cross and is sometimes used as a satanic symbol.

The Classical Elements are based on the ancient Greek belief that air, earth, fire, and water composed all matter in the world. Unlike many of the other elements in this guide, these four aren’t elements you can find on the periodic table, but alchemists believed to have significant powers, as well as the ability to create new elements.

Aristotle stated that air represented heat and wetness (the wetness is from water vapor, which was thought to be part of air). The air symbol in alchemy can also represent a life-giving force, and it is associated with the colors white and blue. Hippocrates associated air with blood. Air’s symbol is an upward triangle bisected by a horizontal line, and you might notice it is the Earth symbol, inverted.

Aristotle labeled Earth as cold and dry. Earth can represent physical movements and sensations, and it’s associated with the colors green and brown, and the humor black bile. Earth’s symbol is the inverse of air’s: a downward-point triangle bisected by a horizontal line.

In alchemy, fire represents emotions such as passion, love, anger, and hate, which are sometimes referred to as “fiery” emotions. Aristotle labeled it as hot and dry, and it is represented by the colors red and orange, as well as the humor yellow bile. Additionally, fire is also seen as a more masculine symbol. The fire alchemy symbol is an upward-pointing triangle.

Aristotle labeled water as cold and wet, and Hippocrates connected it to the body humor phlegm. Additionally, it’s associated with intuition as well as the color blue, and is often linked to the alchemy symbol of mercury (as both are seen as feminine symbols). The Greek philosopher Thales believed water was the first substance created in the world.

As another contrast to fire, the water alchemy symbol is the inverse of the fire symbol; a downward-point triangle. This symbol is sometimes said to resemble containers for holding water, such as a cup or urn.

Each of these elements is a metal, and they are each connected to a celestial object, as well as a day of the week and an organ in the body. Astronomy was a major part of early alchemy, and during the classical era, each planet was thought to “rule” over its associated metal, with its position in the sky and proximity to other planets affecting the metal’s properties.

You might notice that Uranus and Neptune aren’t included; that’s because these symbols were created before telescopes were invented, and thus only planets visible to the naked eye were known to exist.

Lead (known as plumbum in classical times) has a symbol known as a “crescent below the cross,” and it looks similar to a scythe or a stylized “h” with a cross on top.

Tin’s symbol is known as a “crescent below the cross,” and it looks like a stylized “4”.

The “male” symbol often used to represent the planet Mars is the alchemy symbol for iron.

Gold represented perfection, and it was one of the most prominent symbols in alchemy.A key (and unfulfilled) goal of many alchemists was to learn how to turn lead into gold. Two symbols can represent the gold alchemy symbol. The first looks like a stylized sun with rays emitted from it, and the second is a circle with a dot in its center.

The symbol for copper can be either the “female” symbol (also used to represent the planet Venus) or a set of crossed and horizontal lines.

Mercury has the same symbol it has when it’s part of the Three Primes: the “cosmic womb.”

The mundane elements make up the rest of the elements used in alchemy. They are typically more recent additions to alchemy, and they don’t have as long a history as some of the other elements. As a result, less information is known about their alchemy symbols and what they represent, although all were used by alchemists at some point.

Antimony represents the wild/animalistic parts of human nature. Antimony’s symbol is a circle with a cross above it (or the upside-down female symbol), and it is also sometimes represented as a wolf.

In alchemy, arsenic is often represented by a swan or swans. This is because, as a metalloid, arsenic is capable of transforming its physical appearance (a metallic-gray solid or a yellow crystalline solid), the same way a cygnet transforms into a swan. Its symbol is a pair of overlapping triangles.

Not much is known about how bismuth was used in alchemy, but until the 18th century, it was often confused with tin and lead. Its symbol looks like an “8” that is open at the top.

Magnesium isn’t found in its pure form, so alchemists used magnesium carbonate (also known as “magnesium alba”) when conducting experiments. Because magnesium can’t be extinguished easily once it has been ignited, it represented eternity to alchemists. Several symbols can represent it; the one above is the most common.

Phosphorus was an important element for alchemists because it appeared to have the ability to capture light. (When the white form of phosphorus oxidizes, it glows green.) It represented the spirit, and its symbol is typically a triangle atop a double cross.

Alchemists believed platinum was a combination of gold and silver, which is why its symbol is the combination of the symbols of each of those elements.

Potassium isn’t naturally found as a free element, so alchemists used potassium carbonate, often known as “potash,” in their experiments. The symbol for potassium is a rectangle atop a cross.

Alchemists burned zinc to create zinc oxide, which they called “philosopher’s wool” or “white snow.” Multiple symbols can represent zinc; the most common is shown above.

Alchemy element symbols have existed for over a thousand years, and they were a key component of alchemy, as well as related fields of study such as astronomy, medicine, and philosophy.

Each alchemy symbol corresponding to a specific element or compound. For example, the fire alchemy symbol looks like an upward-point triangle, while the alchemy earth symbol appears as a downward-pointing triangle bisected by a horizontal line. Alchemy symbols sometimes contain hints as to the properties the element was thought to have, as well as the history of the element.

Like your literature with a twist of the occult? This analysis of the character of Abigail Williams in The Crucible covers her role in the fictionalized Salem Witch Trials of the play.

Writing a research paper for school but not sure what to write about? Our guide to research paper topics has over 100 topics in ten categories so you can be sure to find the perfect topic for you.

Have friends who also need help with test prep?Share this article!