How to think – creation.com 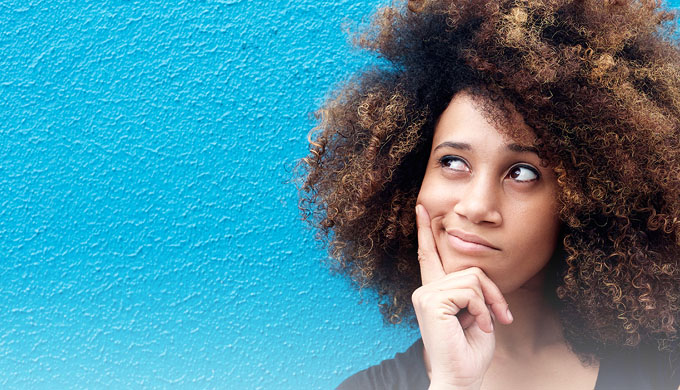 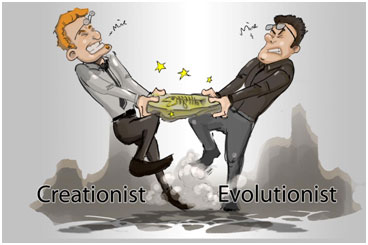 Debates often end in a tug-of-war over basic facts. This is a result of people misunderstanding how science actually works. In fact, the “evidence” often supports both sides in a duel of scientific theories. If you really want to get to the heart of an issue, you have to sort the arguments and evidence into categories, as explained below.

We at CMI have spent many hours writing and speaking on scientific and theological issues. We have said over and over again that one does not have to ‘turn off one’s brain’ when going to church and that there is a rich, intellectual foundation to biblical creation. We have disavowed conspiracy theories, and have encouraged others to do so as well.

Yet, the world seems to be sitting at a crossroads. After Wikileaks, Snowden, Snopes, ‘fact checking’, YouTube, etc., came on the scene, many people have grown skeptical about basic facts of science. This is compounded by the now-exposed lies of certain climate change advocates (e.g., the infamous “hockey stick” graph). And, it corresponds to a dramatic loss of confidence in most sources of authority, be it an authority in the secular, scientific, religious, or media realms.

Yet, the world seems to be sitting at a crossroads. After Wikileaks, Snowden, Snopes, ‘fact checking’, YouTube, etc., came on the scene, many people have grown skeptical about basic facts of science.

Thus, we have suddenly been besieged by people who have huge questions about things that are easily shown to be true or not. “Did the United States land multiple astronauts on the moon?” “Are we at the absolute center of the universe?” Or “Is the earth actually global?”

These types of questions are different from “Did humans evolve from ape-like ancestors?” or “Is the earth billions of years old?” In fact, and as anyone who has spent time following us knows, we can divide most questions into two camps: operational vs. historical science. You can read about how modern operational science was pioneered by Christian creationists here, so we don’t have to restate the details. You see, in the realm of operational science, there is a place where things can be known. Once you assume you are not dreaming and that the world is not a mirage (don’t laugh, this is a major foundational belief of several important world religions, e.g. Buddhism) you can put two-and-two together and draw firm conclusions in multiple areas of science. 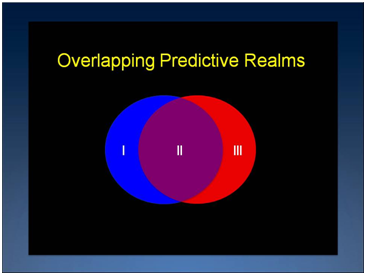 The predictions of opposing scientific theories often overlap. Any argument that is true for both sides (zone II) cannot be used as proof for one side. Yet, we often hear arguments like, “The fact that species change over time proves Darwinian evolution?” But since ‘change over time’ is accepted by biblical creationists, this cannot be “proof” of evolution.

There are many different ways to think through these things, but here is one very powerful method. This Venn diagram illustrates two competing theories, represented by the blue and red circles.

Contrary to the way most people think, competing theories are often not mutually-exclusive. In fact, they often predict many of the same things (represented by the area of overlap, zone II, in purple). For example, both creation and evolution can handle ‘change over time’ and ‘natural selection’, so neither of these can be used as “proof” of evolution. Both of these ideas sit comfortably in zone II. Thus, evolution cannot be defined simply as “change over time”. In fact, that is about the lamest possible definition. Any definition of evolution must also include a belief in common ancestry, which is definitely not in the area of overlap!

Anything in zone II is “non-discriminating information”, or information that cannot be used to make a distinction between the two theories. Evolutionists have been blurring the lines between the zones for over a century. One way they do this is to give as ‘evidence’ things creationists generally accept and then falsely conclude that evolution must therefore be true. We often hear that species changing over time proves evolution, but even though change is necessary for evolution, they cannot demonstrate how the change is sufficient to explain common ancestry (i.e., the changes we see are almost always downhill). Many of their attempts at producing “zone III arguments” have fallen by the wayside (e.g. alleged ape man fossils, see link above). They have also been trying to steer the conversation away from specific zone III arguments that argue most strongly against their theory. For example, there is a recent trend to claim that chemical evolution is not really part of evolutionary theory because evolution only deals with living things. This, of course, is ridiculous since the origin of life has always been part of evolutionary theory. They know that this is a huge Achilles’ heel for them. 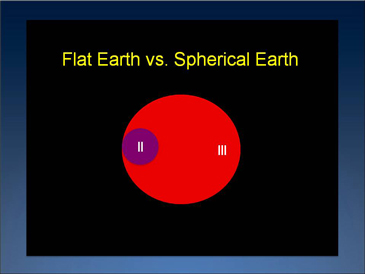 The recent flat-earth phenomenon has been spawned by social media and inflamed by certain individuals who do not understand some pretty simple concepts. In this case, our Venn diagram shows that all of the supposed flat-earth evidence is accounted for in the rotating-globe model and that there is no “zone I” for them. That is, nothing in the flat-earth model disproves the fact that the earth is a sphere and much in the spherical-earth model disproves the flat earth.

Most people spend their time arguing about things that fit in the area of overlap. Very often, this results in a sort of tug-of-war over basic facts and the conversation just goes in circles. If you really want to get to the heart of something, you have to get to the outer regions, zones I and III. These are the make-it-or-break-it questions. This is the place where you can really answer something.

For example, if the earth was flat and spinning about the North Pole, one can easily explain why the stars rotate counter-clockwise around the north star. But this is also explained with a spherical earth, so this is a “zone II” argument. However, and this is the kicker, flat-earth theory cannot explain why stars rotate clockwise about the southern pole for stargazers in the southern hemisphere. This is simply not possible unless the earth is indeed a rotating sphere. In fact, there is no “zone 1” for the flat-earther. That is, there is no observational or physical evidence in that theory that is not readily explained by the earth being a sphere. Worse, there is much they cannot explain. Worse yet, some of their ‘evidences’ are demonstrably untrue. Beware!

This is the way science works. If you are not willing to ask questions that might actually disprove your theory you risk falling into logical, scientific, and doctrinal dead ends.

You see, one can pile up hundreds of facts that support a pet theory, but this does not make that theory true, for you have to discriminate among the ‘facts’ and sort them into categories. As Einstein is reported to have once said, “No amount of experimentation can ever prove me right; a single experiment can prove me wrong.” This is the way science works. If you are not willing to ask questions that might actually disprove your theory you risk falling into logical, scientific, and doctrinal dead ends.

Asking the right questions caused the scientists and theologians who work for CMI worldwide to reject things like the belief that all species have a common ancestor, the spontaneous origin of life, and deep time. And, if you are wondering at this point why we don’t test ‘creationism’ you fail to realize that most of us were once evolutionists and so we absolutely tested both theories. Yet, in rejecting evolution and deep time we have not rejected experimental science, nor logical deduction.

In fact, we love science. We love thinking. We love exploring and marveling about the world that our Creator made. And, because our God is a God of logic and order, it is not a stretch to conclude that the Ultimate Lawgiver would have created a universe that operates according to logic and laws. This is the reason we can embrace science and the Bible at the same time and without contradiction. And this is why we reject things like conspiracy theory, alt science, and deep-time naturalistic evolutionary theory.