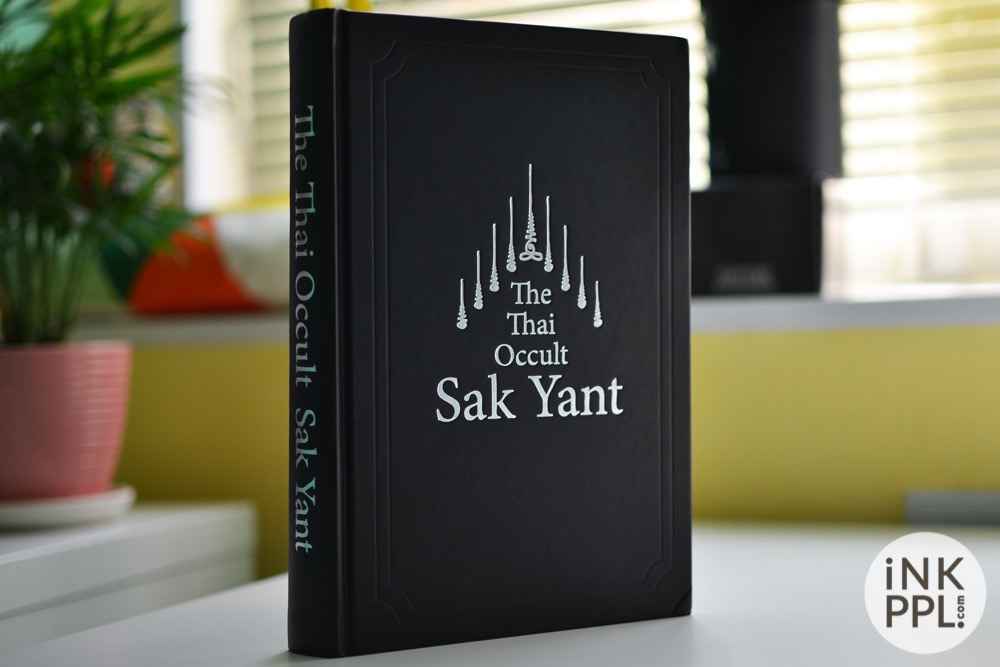 A copy of a new book from The Thai Occult series by writer Peter Jenx, dedicated to the direction of Sak Yant – one of the types of sacred tattoos of Thailand, came to our editorial office. We have read it and ready to share our opinion with you.

The art of Sak Yant has long been known throughout the world, however, few people have fully studied and systematized knowledge about this mystical direction of tattooing. Peter Jenx became one of those few, and he is ready to share his work with us.

At first, I would like to clarify a bit about what Sak Yant tattoos are. In modern Thai, the word Sak means “tattooing,” while the term Yant derived from the Indian term Yantra can be interpreted as “sacred patterns.” Yants – contain Buddhist prayers, sacred symbols and magic elements in the Pali language, possessing a magical power that can change the fate of its possessor both for better and for worse. Since the language of Pali does not have its own written language, when applying the Yants, Khmer or Thai alphabets are used.

In addition to the legends and beliefs in the power of Sak Yant tattoos, there are serious rules of applying and demanding both to the master performing the tattoo, and to her future bearer. A real Yant can only be done by a Thai monk, Adjarn, dedicated to this art.

Before starting the application procedure, you need to tell the master about your life, plans for the future and aspirations. Only in this way Ajarn will be able to find the right Yant, which will serve as a favorable talisman for you. And after the completion of the tattoo – you need to follow the instructions of the master concerning your future life – this will preserve the original strength of Sak Yant.

During his trip to Thailand, home of Sak Yant, Peter conducted nine interviews with the great Ajarn, in which he tried to reveal as much as possible the purpose of these tattoos, their ancient origins and practices, which must be observed to the Sak Yant worked as a talisman on the skin.

In addition to the very history of the origination of the Thai sacral tattoo Sak Yant, the book presents numerous examples of Yants images with a description of the properties of each of them.

Also, Peter offers a collection of projects and ideas on changing images for use with a modernity in mind.

The one of the Thai Sak Yant masters – Ajarn Metta performed as a co-author of the book, in the hope of dispelling some misconceptions and clarifying what the Sak Yant tattoos really are.

This work is striking in its depth, structuredness and attractive external presentation. Each section of the book is equipped with detailed color illustrations and photographs that allow you to fully immerse yourself in the mysterious art of Sak-Yant.

In addition, the book has a section of how to become Sak Yant Ajarn, which may also be interesting to many.

The book of Peter Jenx proudly takes its place of honor in our library and undoubtedly – this book should be in the collection of all true lovers of tattoo art.