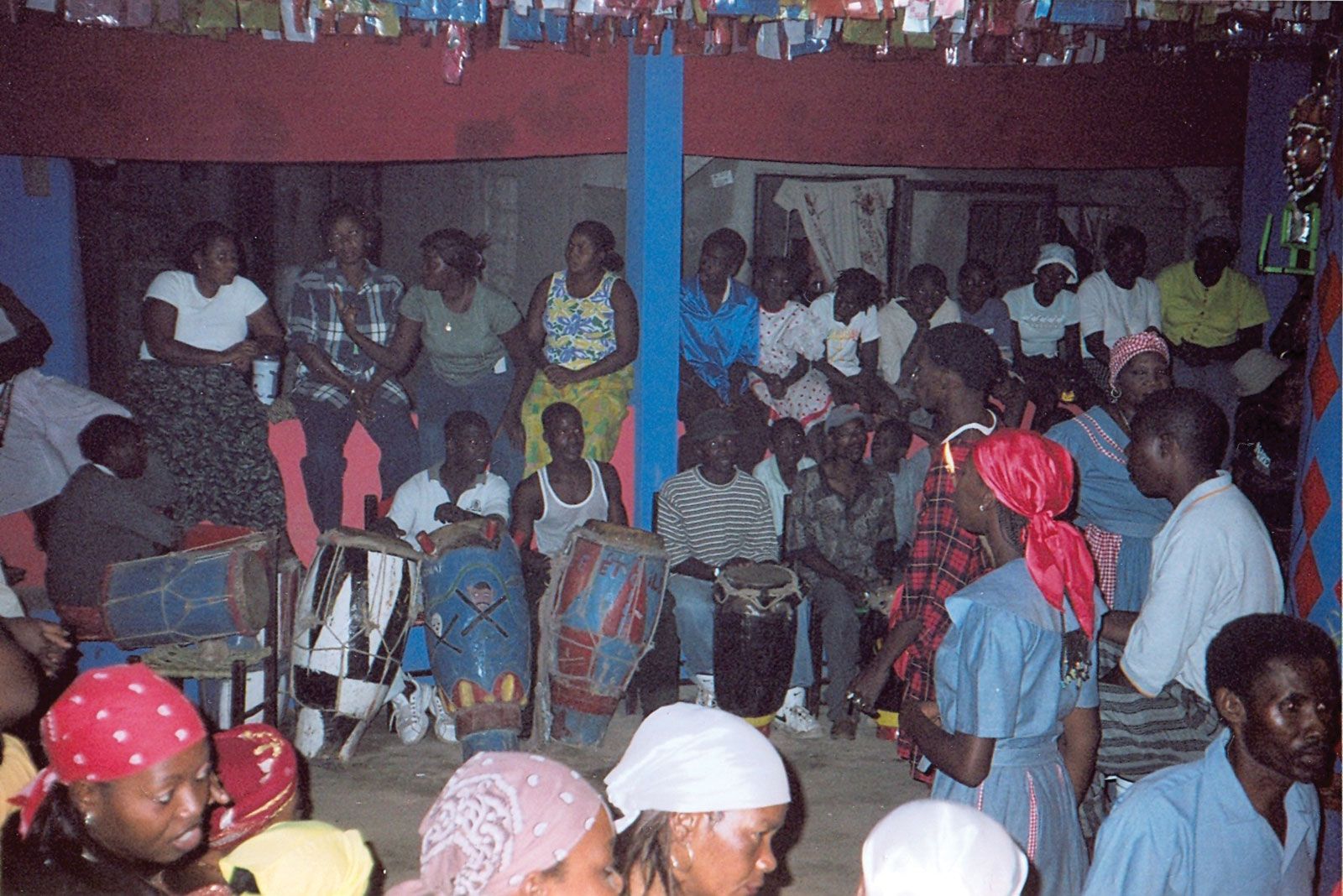 Vodou, also spelled Voodoo, Voudou, Vodun, or French Vaudou, a religion practiced in Haiti. Vodou is a creolized religion forged by descendants of Dahomean, Kongo, Yoruba, and other African ethnic groups who had been enslaved and brought to colonial Saint-Domingue (as Haiti was known then) and Christianized by Roman Catholic missionaries in the 16th and 17th centuries. The word Vodou means “spirit” or “deity” in the Fon language of the African kingdom of Dahomey (now Benin).

Vodou, a traditional Afro-Haitian religion, is a worldview encompassing philosophy, medicine, justice, and religion. Its fundamental principle is that everything is spirit. Humans are spirits who inhabit the visible world. The unseen world is populated by lwa (spirits), mystè (mysteries), anvizib (the invisibles), zanj (angels), and the spirits of ancestors and the recently deceased. All these spirits are believed to live in a mythic land called Ginen, a cosmic “Africa.” The God of the Christian Bible is understood to be the creator of both the universe and the spirits; the spirits were made by God to help him govern humanity and the natural world.

The primary goal and activity of Vodou is to sevi lwa (“serve the spirits”)—to offer prayers and perform various devotional rites directed at God and particular spirits in return for health, protection, and favour. Spirit possession plays an important role in Afro-Haitian religion, as it does in many other world religions. During religious rites, believers sometimes enter a trancelike state in which the devotee may eat and drink, perform stylized dances, give supernaturally inspired advice to people, or perform medical cures or special physical feats; these acts exhibit the incarnate presence of the lwa within the entranced devotee. Vodou ritual activity (e.g., prayer, song, dance, and gesture) is aimed at refining and restoring balance and energy in relationships between people and between people and the spirits of the unseen world.

Vodou is an oral tradition practiced by extended families that inherit familial spirits, along with the necessary devotional practices, from their elders. In the cities, local hierarchies of priestesses or priests (manbo and oungan), “children of the spirits” (ounsi), and ritual drummers (ountògi) comprise more formal “societies” or “congregations” (sosyete). In these congregations, knowledge is passed on through a ritual of initiation (kanzo) in which the body becomes the site of spiritual transformation. There is some regional difference in ritual practice across Haiti, and branches of the religion include Rada, Daome, Ibo, Nago, Dereal, Manding, Petwo, and Kongo. There is no centralized hierarchy, no single leader, and no official spokesperson, but various groups sometimes attempt to create such official structures. There are also secret societies, called Bizango or Sanpwèl, that perform a religio-juridical function.

A calendar of ritual feasts, syncretized with the Roman Catholic calendar, provides the yearly rhythm of religious practice. Important lwa are celebrated on saints’ days (for example: Ogou on St. James’s Day, July 25; Ezili Danto on the feast of Our Lady of Mount Carmel, July 16; Danbala on St. Patrick’s Day, March 17; and the spirits of the ancestors on All Saints’ Day and All Souls’ Day, November 1 and November 2). Many other familial feasts (for the sacred children, for the poor, for particular ancestors) as well as initiations and funerary rituals occur throughout the year.

History at your fingertips

Sign up here to see what happened On This Day, every day in your inbox!

By signing up, you agree to our Privacy Notice.