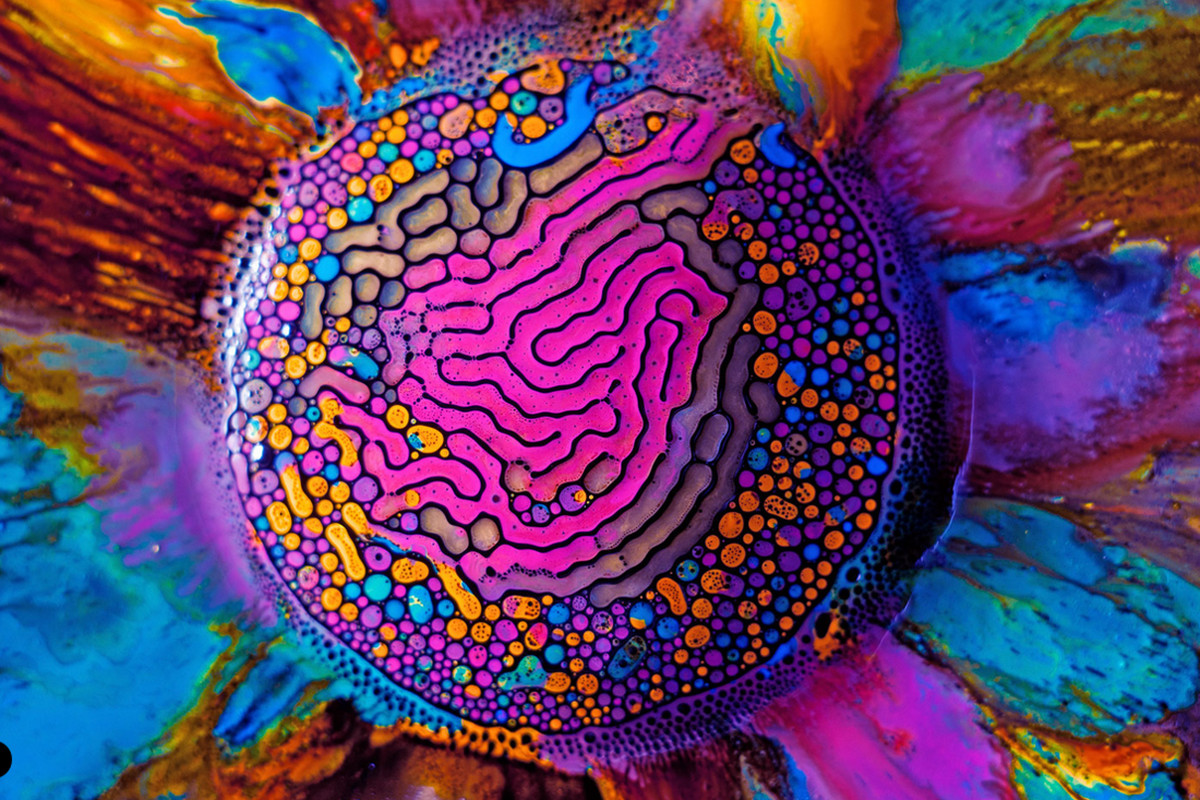 From the beginning, artists have also been scientists. Alchemists who mix their own paint, study the effects of color and learn how we perceive light. Though our scientific understanding is as great as it has ever been, there are still a plethora of artists who continue to use this knowledge to break new ground with their work.

Below are 11 artists to help you and your students explore interdisciplinary connections between the world of art and the world of science.

Jen Stark is a contemporary artist whose majority of work involves creating incredible paper sculptures. She also works with drawing and animation. Her work draws inspiration from microscopic patterns in nature, wormholes, and sliced anatomy. She is also interested in mathematics, topography, and forms from nature.

From glass models of microbes and viruses to giant Aeolian harps, Jerram uses science like few other artists. His research deals with perception across all of our senses (including the fact that he is color blind). Jerram builds and manages teams of specialists, including engineers and technicians, to help create the elaborate works he conceives.

Neuroscience, the study of consciousness and how the brain works, is a subject area which provides a rich source of inspiration to artists. Susan Aldworth, working side by side with neuroscientists, creates work dealing with those exact topics; her most recent works include prints made directly from human brain tissue.

Students are always fascinated by James Turrell and his Roden Crater project. After a brief career as a fighter pilot, Turrell became an artist. He decided to buy a dormant volcano, with the goal of turning it into a haven of light, space, and color. His vision for this volcano–the Roden Crater–has been his focus for the past 40 years. Now nearing completion, the images are absolutely stunning.

As she says herself, the work of Janet Saad-Cook “lies at the intersection of light and space and time.” Working with astronomers, engineers, and architects, her work is created with metals and specially coated glass. The reflected images and light create “Sun Drawings” that move and change in response to sunlight and the passage of time.

image via The Art Story

Most people know Seurat for his work with Pointillism and his Sunday Afternoon on La Grande Jatte painting. But fewer know about how Seurat was focused on the science of color, specifically Divisionism (or chromoluminarism). He extensively studied the science of color–in particular how to achieve maximum luminosity–and required the viewer to mix colors optically rather than mixing pigments on the canvas.

image via The BBC

David Hockney had a long and illustrious career as a painter and printmaker. He played a major part in the Pop Art movement and continued working for decades after (including significant forays into digital art). In 2001, his collaborative research with physicist Charles Falco changed how we think about art history. Hockney and Falco’s thesis stated that visual and realistic advances by artists since the Renaissance came from a reliance on optical instruments.  Specifically–and controversially–they proposed that many of the Old Masters relied not on technique and skill, but instead used tools such as the camera obscura and curved mirrors.

For the past decade, Rachel Sussman has been traveling the globe and photographing the oldest living things in the world. Researching and working with biologists, she creates stunning photographs of these fascinating organisms (most of which are over 2,000 years old). Her TED talk and her book both feature a fascinating combination of art, science, and travel.

Known as the woman who made science beautiful, Maria Sibylla Merian was a naturalist and scientific illustrator in the 1600s. She published her first book of illustrations at age 28, fascinating people across Europe. She subsequently traveled from Europe to South America to paint, study, and research. Her illustrations of the metamorphosis of a butterfly contributed significantly to the field of entomology.

image via The Independent

Andy Goldsworthy creates visually striking, ephemeral sculptures that use only elements from nature. Whether he is spiraling sticks, arranging leaves, or sculpting with stones, his works hold a simple and natural appeal.

When you are looking at the intersection between art and science, the connections can be endless. Use these artists in your classroom to show the fascinating depth offered by the world of science, and how it can inspire incredible art.

Who are your favorite science-inspired artists?